With over 20 years of experience, we have integrated all the essential skills necessary for influence campaigns.

With 15 nationalities internally and offices in Paris (1999), New York (2015) and Shanghai (2008), our capacity for influence is resolutely international.

Born from the convergence of information and savoir-faire, ESCAL Consulting has created and developed innovative proprietary tools and methods. All of our clients share innovation as a common denominator.

Essential in our businesses, we place creativity at the heart of our influence actions.

Before choosing a PR agency, like many, we went around our network to get recommendations and apart from "especially not them", "not satisfied I stopped", nobody was satisfied with their experience with a PR agency. Agencies not to recommend: Yes, but agencies to recommend: No. Until one of our Business Angels talked to us about ESCAL Consulting, and we fell in love with the team and started a 4-month test. 10 minutes after the launch meeting, boom first call and we have a first exchange with a journalist. In 4 months, ESCAL landed us +100 articles with an extremely important ROI compared to the cost of the service, like X20. And humanly speaking, it's a pleasure. I never thought I'd say this, but it's a pleasure to work with this PR agency, and this is just the beginning, we'll soon be testing their international teams. Guess what? We continued after these 4 months of test 😉

For one year, ESCAL Consulting accompanied us on a global communication mission as part of a national campaign to fight against illiteracy. The firm implemented a very effective strategy with diversified tools: monitoring, creation of video and motion design tools, media trainings, press conferences, personalized interviews, creation of an idea laboratory followed by the production of a white paper, relations with influencers... The results? Remarkable! 10 AFP dispatches, 341 press coverage in the main French media, including 4 8 o'clock news programs and the word "illectronism" in the top 3 words of 2018.

We have been working with ESCAL Consulting for almost 2 years now, for 4 countries (France and Benelux), on our external communication strategy, in particular media relations. ESCAL immediately took charge of the issues related to our group strategy, advised us on the choice of campaigns and worked well with the English Hub, which coordinates the European communication. ESCAL works in 3 languages at all times, manages priorities perfectly, the urgency of certain campaigns, and potential crisis situations. Moreover, we can count on a team that is available and reactive at all times. I highly recommend ESCAL Consulting.

For the past 5 years, ESCAL Consulting has managed the press relations for the "Leonardo da Vinci Prize", co-created by the Association les Hénokiens and the Château du Clos Lucé. To promote the Prize, its winner and the messages defined by the organizers, the agency has methodically and efficiently prepared and distributed a series of press releases to targeted media, organized personalized meetings between journalists from the economic and financial press and representatives of the two institutions, as well as press trips for high-level journalists to each of the countries where the Prize was awarded (Netherlands, Austria, Germany, Great Britain). The results of this action have fully satisfied us both in terms of client-agency relations (sense and quality of contact, reporting, dedicated multilingual team) and in the successful dissemination of the messages conveyed by the Prize to major national and international media.

For a year, ESCAL Consulting brilliantly took care of our media and influencer relations. In a few months, we became essential with journalists, but also with the business and institutional ecosystem. ESCAL managed smart campaigns, including open forums, which received wide coverage in the media, thanks to their impressive network of journalists. In addition, ESCAL was able to demonstrate pro-activity by proposing to react to economic and political news, which earned me to find myself frequently on the sets. Finally, ESCAL's Chinese consultant organized a press conference during a memorable evening around the Chinese New Year. I can only recommend this agency for its seriousness, its availability, its strike force.

I met ESCAL's teams during various missions carried out during my current job at Medef as a lobbyist. We were able to exchange and work together, in particular during the installation and the animation of a French digital coalition, to act on the transformation of the professions. On these various occasions, I greatly appreciated the quality of our exchanges and ESCAL's ability to listen and understand. The human qualities of the teams were also very important.

For nearly 3 years, ESCAL Consulting has been assisting the PHYT'S brand in developing its press relations. ESCAL Consulting was able to set up a proactive strategy, with diversified channels: press releases, invitations to come and test treatments in institutes, Make UP Artists event, relay of a partnership with an ethical fashion brand, product placements with journalists and major media personalities, advice on visibility operations with major women's media... ESCAL Consulting also set up more societal campaigns on the importance of organic products, and obtained important TV shoots (Télé Matin, Midi en France, etc.). These actions have significantly increased the visibility and awareness of the brand among the general public, especially in the major women's media, despite a specialized distribution channel.

ESCAL Consulting accompanied our image of atypical and unique French know-how for several months, culminating in our first participation in the Made in France show in Paris. As part of this global strategy, we succeeded in attracting the attention of TF1 for its weekend 8pm news program! A great visibility!

ESCAL Consulting started to accompany us in the middle of the first lockdown related to the unprecedented health crisis we are all experiencing. Since the first day, I noticed that this team knew how to be: attentive, agile, fast, structured, efficient and simply good advice! In a world where "good timing" has become a major issue, it is strategic to move forward quickly without rushing. The main key to the success of a sustainable communication plan. Thanks to the trust that we have managed to establish between our two teams, each speech is optimized to obtain the maximum legitimacy and credibility vis-à-vis the media and thus the target audience.

ESCAL Consulting has been with us since our launch more than 4 years ago. The objective was to rely on ESCAL's know-how to obtain media visibility (press, radio and TV), generating credibility for our very young brand among a target audience of elderly people who are by definition relatively distrustful. Thanks to ESCAL's dynamism and professionalism, we regularly receive good coverage in the major French media. In addition, the powerful networks of our teams allow us to develop our visibility with investors and institutions, for example during the MEDEF Summer Universities.

Dear entrepreneurs, startup founders, Almost a year ago, we were in total confusion, lost among a flood of agencies that made us 1001 promises, most of the time never kept. With my business partner, we were in dire need of media visibility to launch our project and make ourselves known. This media coverage was not to be insignificant because it would allow us to raise funds and find strategic partners. Our press agency had to be precise and have access to the right media. ESCAL Consulting, that we knew through one of our colleagues, turned out to be a nugget that FlipNpik could not do without today: dynamic, professional, result oriented, strong proposals, available at any time, reaction to ALL challenges, listening and anticipation of customer needs. I am lucky to have an extraordinary team dedicated to FlipNpik. And this team is an integral part of the FlipNpik family. As I always say, my only regret is that I didn't know ESCAL before. But really, before, it was us who were not ready for ESCAL. So, if you are hesitating, it may be that you are not ready to see your company on the front page of all the national headlines or on TV and radio shows. We've done it, and the impact is incredible! Over time." 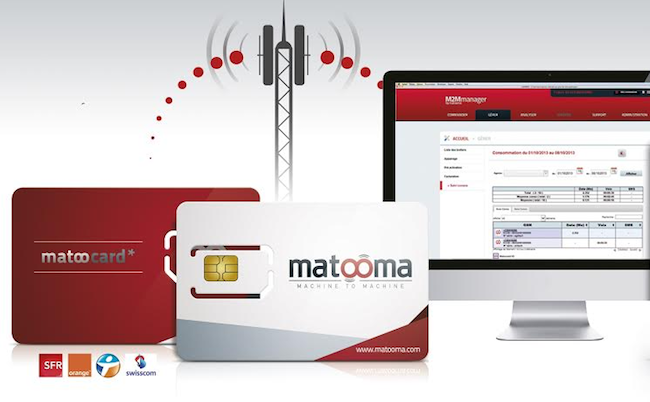 Over the past 6 years, our massive media coverage, with an averaged 32 monthly clippings over the entire period, has generated many qualitative leads that quickly turned into contracts. After declining numerous investor proposals over this period, Matooma finally accepted the Wireless Logic Group takeover offer in July 2019. 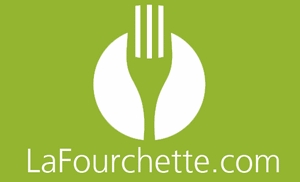 More than 1,200 publications including 102 TV and radio appearances negotiated by ESCAL Consulting in over 2 years of collaboration. Organization of 2 press conferences and 3 Press Tours. May 2014: LaFourchette.com is bought by TripAdvisor for a 150 million dollars. 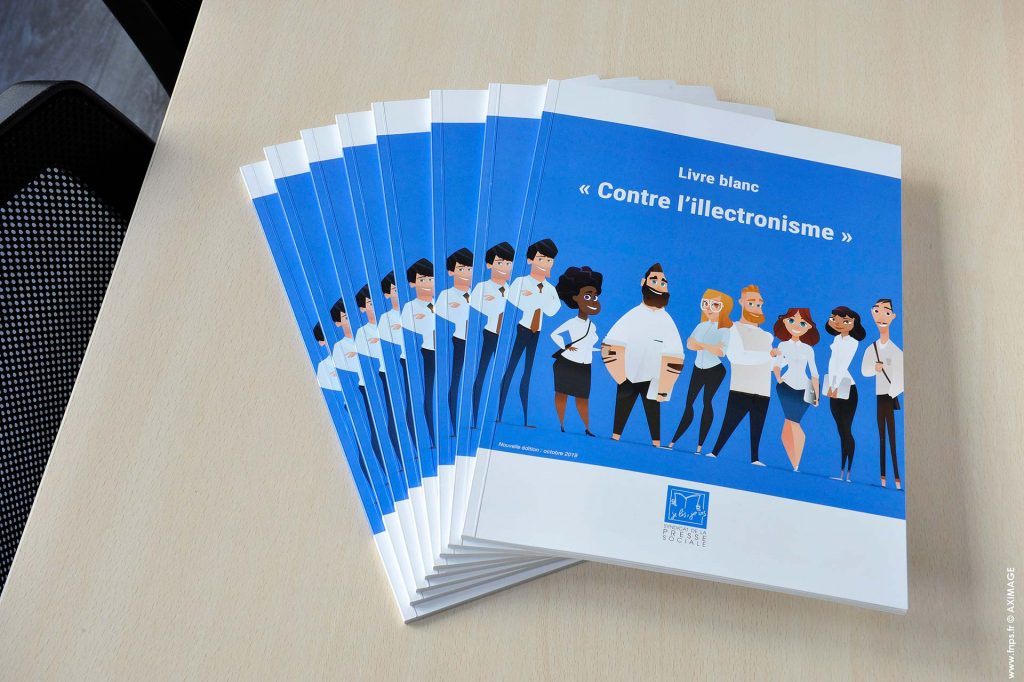 ESCAL Consulting was commissioned by the SPS to promote the national campaign against electronic illiteracy. Results: an average of 42 monthly clippings, 10 AFP press dispatches, 4 news reports, a conference at the Assemblée Nationale, a national plan for inclusive digital technology and electronic illiteracy as the third most used word of 2018.

Integration of different know-hows and territories

With 15 in-house nationalities and consultants from major business, communication, and journalism schools

Our tools offer privileged access to media and influencers, allowing the pooling of efforts and an efficient reporting

Our methodology and process allow us to deliver the expected results in an ever-changing world.

Let's do some work together

ESCAL Consulting is a consulting firm specialized in influence strategy and 360° communication: Message platform, Image, Content, Public Relations, Media Relations, Lobbying. Created in Paris in 1999, ESCAL offers international influence to its clients with offices in Paris, New York, and Shanghai. All of our clients share innovation as a common denominator.